“Prendre par le milieu” – From the inside out

Leo Marchutz advises the artist to « prendre par le milieu », that is to say, from the inside out. This is both an approach to the understanding of art and a pre-requisite for art making.
If one can, as he says, find this quality in any great work of art, then one must also be able to learn something about how to approach their own art making.

Leo Marchutz:  Well one can find out in any great work of art it is there, it is even in the Greek vases, if they are good, in the drawings of DaVinci. Even where there are the outlines of drawings, the outlines are defined by what is there.

… If you do not have the sense of volume you cannot prendre par le milieu.
(He gives Picasso as an example.)

But finally, art is communication. And if it is unable to communicate, well, then something is wrong somewhere, or with the art, or with the people.
Good art works inside out. (It is an unfolding).

John Gasparach:  (In reference to Leo’s work) …It is fully present and sufficient in itself…and at the same time it points beyond it.

LM: The sense of poetry is to put what is near in distance and to bring near what is in distance, so that – and there is a very, very, very peculiar expression- “the heart can embrace the two.”

That is a kind of unity which only art can procure. In reality it isn’t there. It is a peculiarity of art.

A good work of art operates from the “inside out,” Marchutz tells us, which means that not only in our understanding of art but in our approach to art making, one must approach the matter from the milieu-from the core. One must prendre, that is to take in, to embrace the task of art from the inner-most depths in order to enable the work to live and to be comprehensible, that is to say- to allow the depths to rise to the surface.

“Art is communication” – Marchutz says – “and if the art is unable to communicate, well, then something is wrong…”

One must « prendre par le milieu, » which can be translated to English as the medium, the vehicle, but can also signify the core,– while simultaneously signifying the atmosphere, the environment. It is a single word which in itself encompasses both the particular, the unnamable essence of a thing and that which makes it universally comprehensible.

It is as John Gasparach describes at the end of this entretien, in describing the work of Marchutz- “It is fully present and sufficient in itself…and at the same time it points beyond itself. »

Perhaps this is indeed the result of this practice Marchutz urges us towards. To « prendre par le milieu, » becomes a standard for life – to take in the core of all things.

This is not only an approach to art making but an approach to good living.
Just in the same way that one can take in both the most integral core quality of a thing while also embracing its global essence – its reality- one achieves what Marchutz quotes the Austrian poet as saying:

“The sense of poetry is to put what is near in distance and to bring what is in distance near so that the heart can embrace the two.”

And he states furthermore, that this is a kind of unity that only art can procure, that it is the particular capacity of art to enable opposing forces to be united in one self-sustaining unit, while also being able to reach, to suggest, beyond itself.

Perhaps this is what Marchutz means by a good work of art operating from the inside out. It is a matter of operation which originates on the side of the artist’s perception first and manifests in the form of the art itself which takes on a life of its own – unfolding – suggesting a world beyond its own. 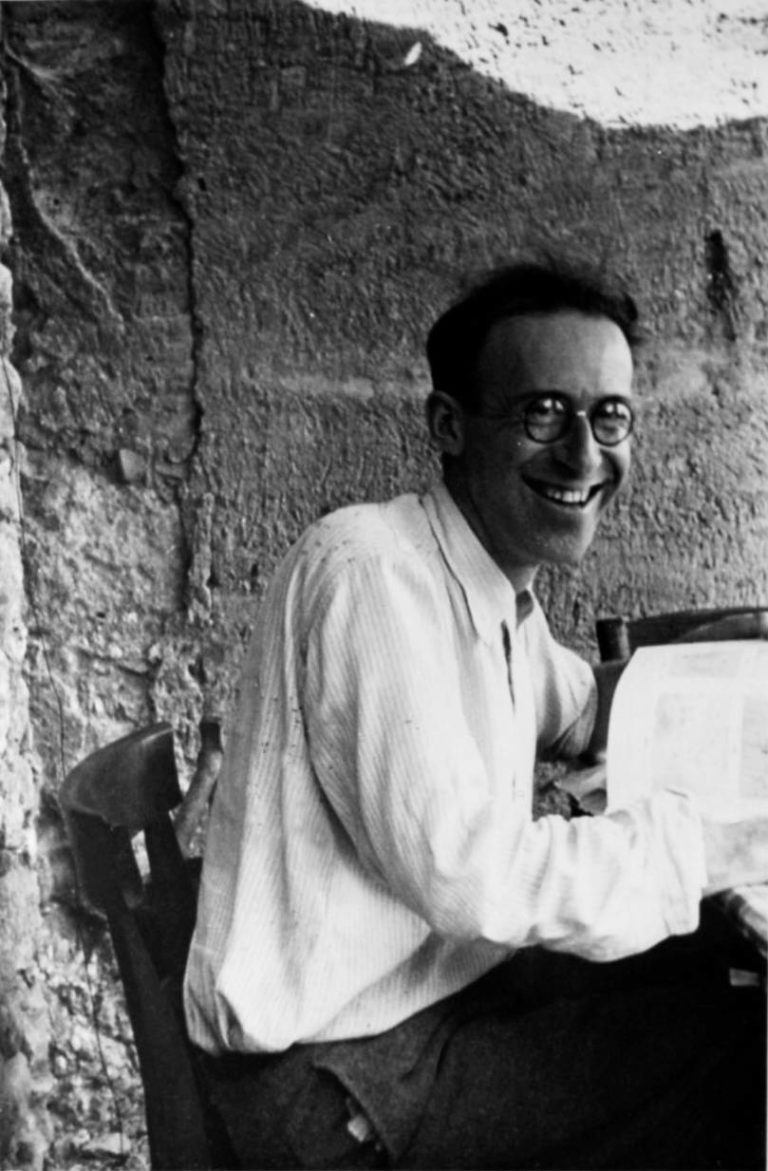 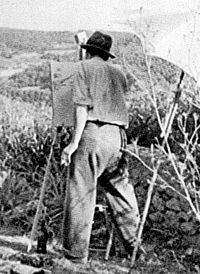 Excerpt chosen by
Hilary Stein
Born and raised in the North Fork Valley of Western Colorado, Hilary earned her BA in Studio Arts and French from St. Catherine University in St. Paul, Minnesota. Awarded a year-long fellowship at the Marchutz School of Art in Aix-en-Provence, France from 2014-15, she completed her Masters in Fine Arts there in May of 2019.