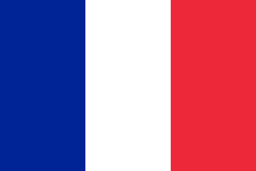 Professional Scans of the Lithographs

The goal to preserve the lithographs of Leo Marchutz is well underway. We purchased a professional large-format flatbed scanner and, with a specialized training in scanning and colorimetric techniques, we were able to launch a vast campaign to scan the lithos. More than 320 unique lithographic editions of Aix street scenes were identified, scanned and catalogued, creating the first digital archive of Leo Marchutz’s lithographs.

This first wave of scanning allowed us to begin taking the necessary measures to better conserve these fragile works of art. As part of the litho documentation process, we began systematically assessing damage or discoloration where it has occurred, and the methods for preventing any future damage. Once appraised, the lithos are then reorganized and stored in a more protective environment. 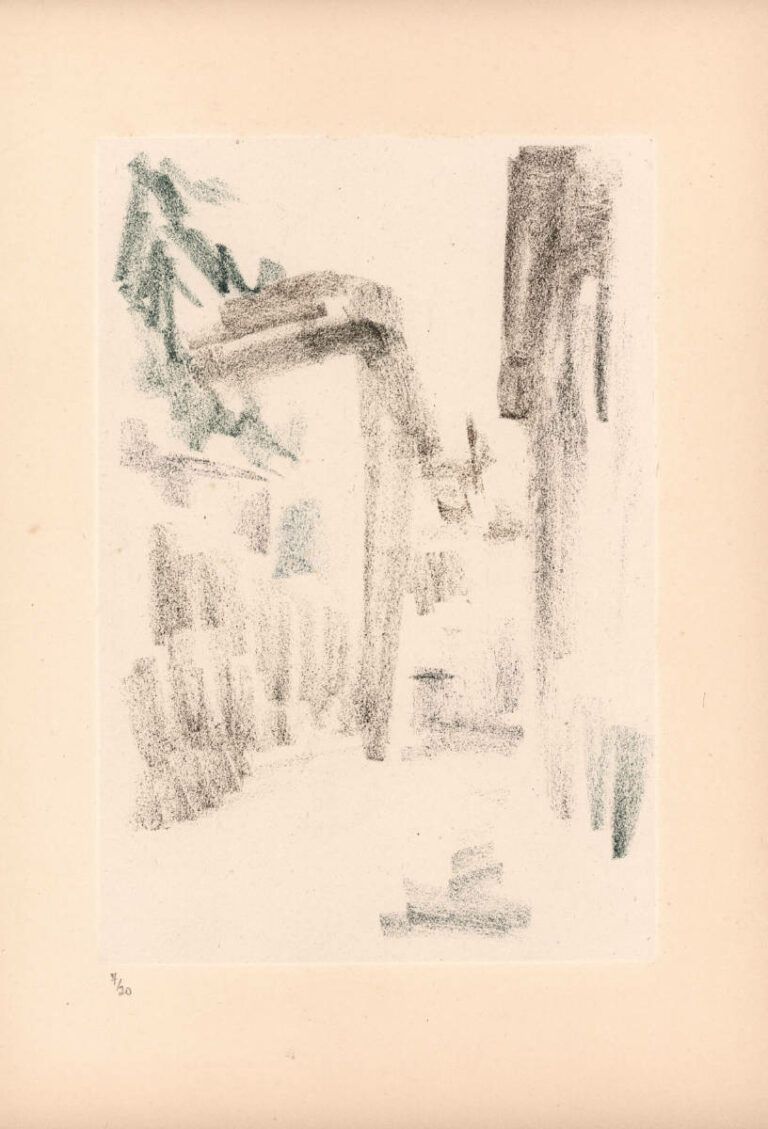 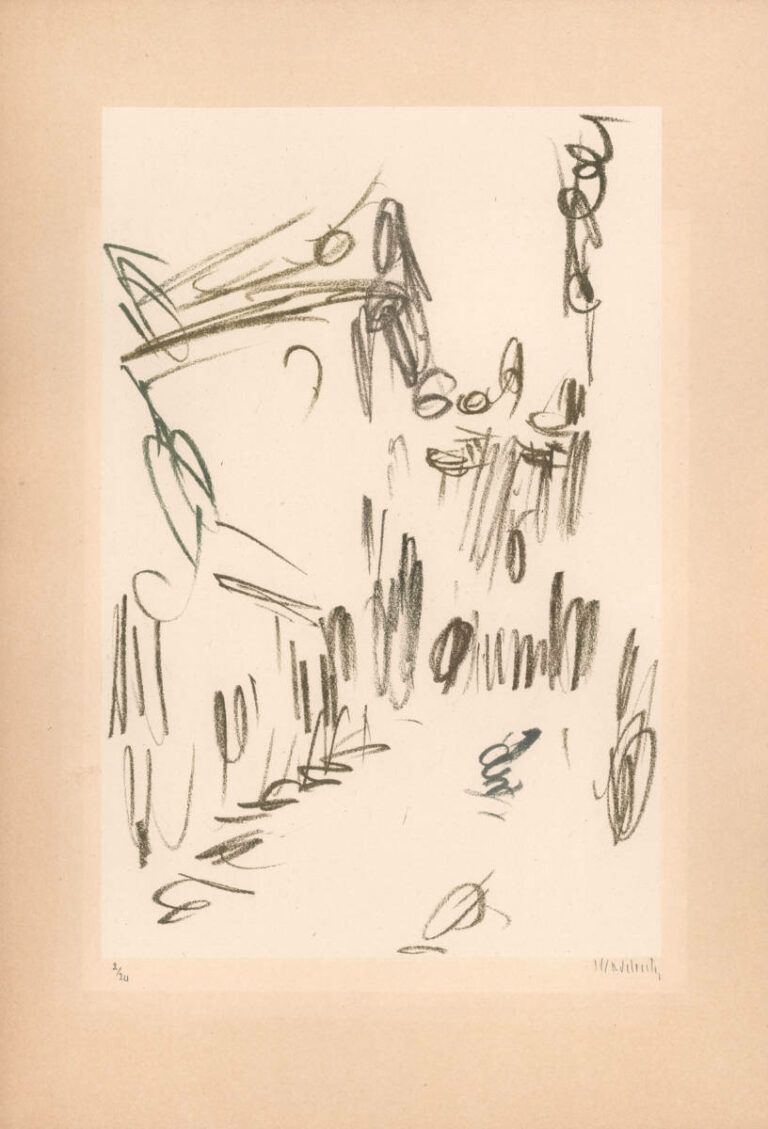 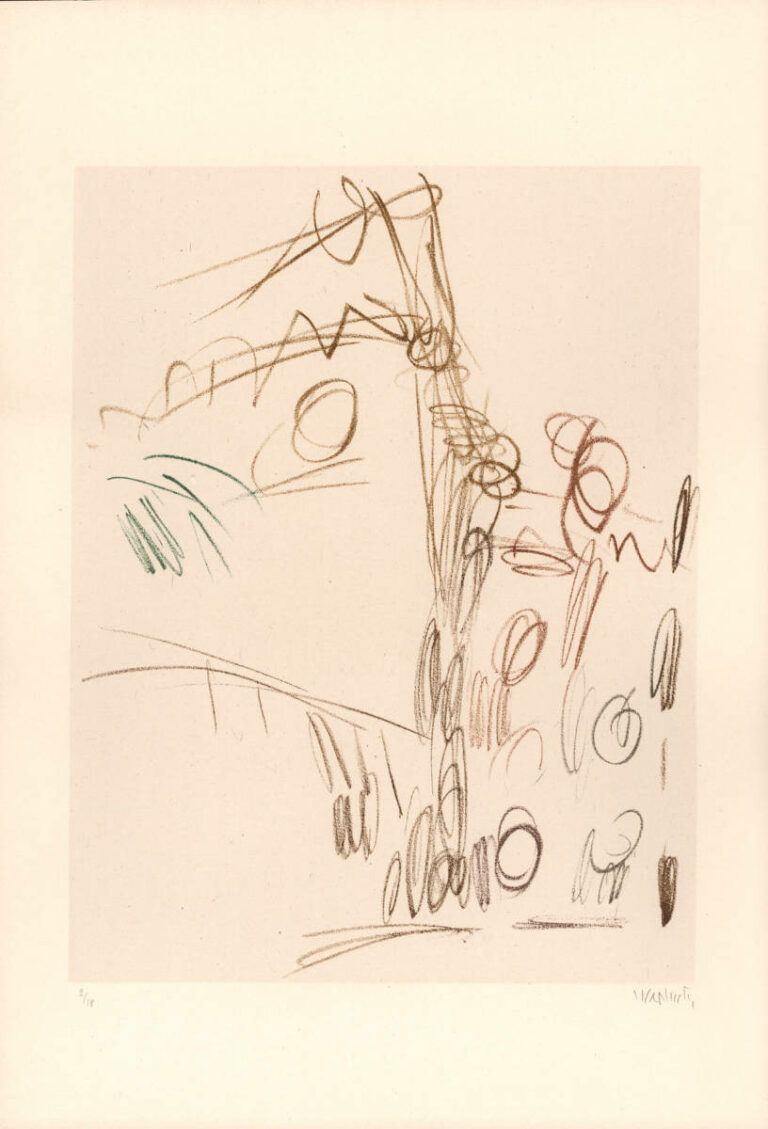 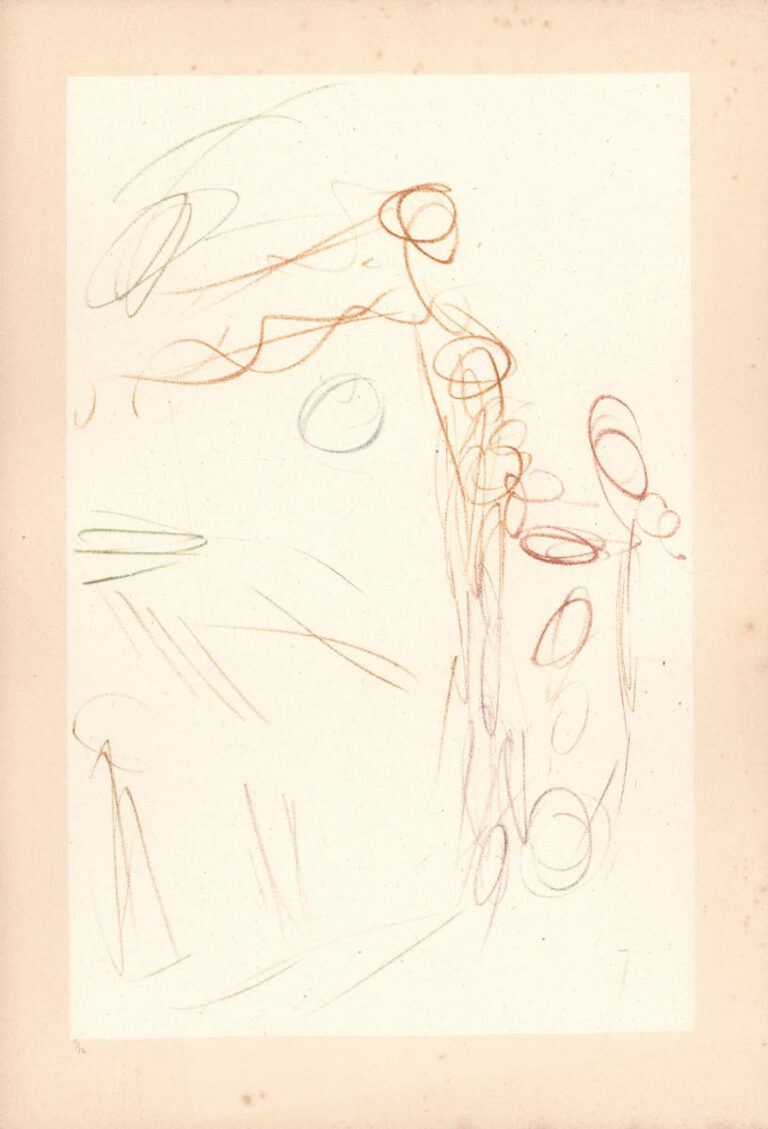 Because it allows works of similar subject matter to be easily compared, an online catalogue raisonné is a formidable tool for exploring the evolution of an artist’s work over time.

An Intensive Work of Documentation

We collected and translated numerous texts on lithography, including Francois de Asis’ extraordinary study of over 200 lithographs of Leo Marchutz. This remarkable study consists of the indentification of motifs, descriptions of color harmonies, and a miniature pencil drawing of each lithograph. A stylistic analysis for dating purposes, also included in the study, has been an immense help to us for the appraisal of undated works.

Working with a professional photographer, we completed our first series of site photography, identifying and photographing sixteen different Aix street scene motifs. In addition, we photographed and documented the paintings in the Institute for American Universities collection, including, for the first time, the large St.Victoire mural in the board room that has rarely been seen by the public. 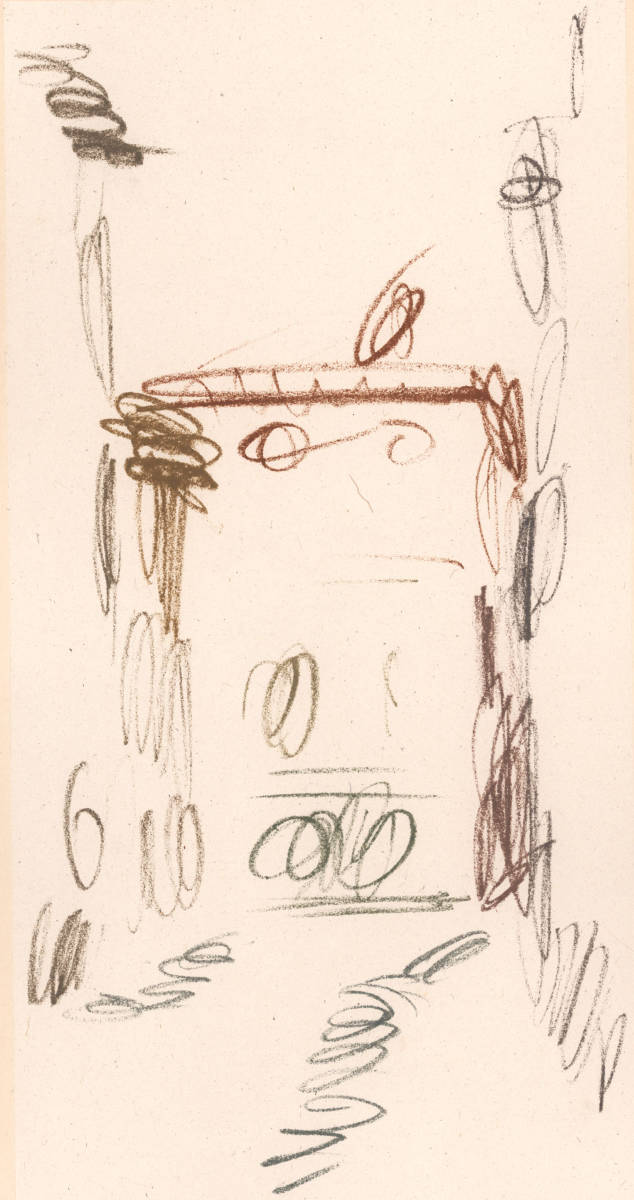 This important work of research, investigation, and documentation was in part made possible by the enthusiasm and knowledge of our four academic interns, whose skills have ranged from research to translation to art conservation. Tecla Maffa from Princeton, Katie Cannon of Duke University, Sophie Sarnitsky from Muhlenberg College, and Katherine Miromonti of the University of Denver, all worked tirelessly for the catalogue raisonné project, throughout the summer and fall of this year. A special thank you to all four of them.

. . . at the Origin of Numerous Discoveries

One particularly noteworthy outcome of the research done by our interns has been the location of several important caches of work. For example, the Hite Art Institute in Kentucky owns 32 original drawings by Leo and the Bibliotheque Nationale de France in Paris owns 728 lithos. 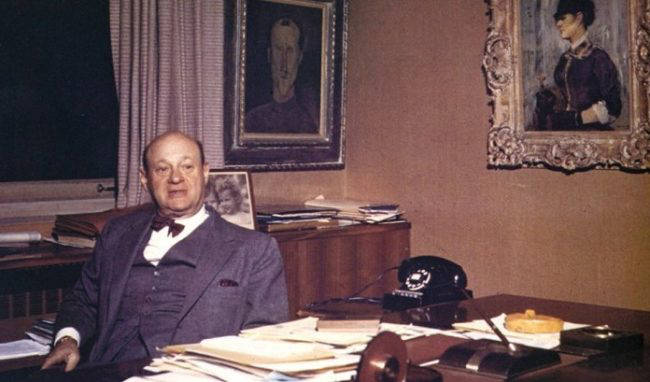 We also finally had a breakthrough with regard to the mystery surrounding most of the 97 works purchased from Leo by Henry Pearlman. The majority of these were inherited by Henry’s brother, Alexander Pearlman, whose heirs entrusted his entire collection to Lawrence Salander. Dubbed the “Bernie Madoff of the Art World,” Salander stole more than 110 million dollars in artwork from his clients. The list of works in question is sealed by court order, pending further legal procedures, so we don’t yet know the status of the Marchutz images in the collection.  Katie Cannon, the intern who solved the mystery, is continuing on the case as a volunteer.

Documenting, cataloging and preserving can be meaningless if not shared. That is why public engagement and awareness is an important part of our focus. This year, we had the opportunity to collaborate with the cities of Saint Marc Jaumegarde and Le Tholonet, which hosted a series of events around Leo’s life and work. In addition, we participated in the newly created Master’s Forum of the American College of the Mediterranean. 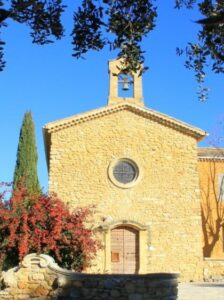 Leo Marchutz was Person of Honor during this year’s European Heritage Days in the city of Saint Marc Jaumegarde, with three events attracting art-lovers from around the region:
– A concert, “A Musical Portrait of Leo Marchutz”, by Marc-Olivier Dupin, with live narrative and projection of artwork;
– A conference by Antony Marchutz including a projection of a selection of works and photographs;
– An open house at the Saint Marc Jaumegarde Chapel with guided tours of the permanent exhibition of large-format paintings by Leo Marchutz.

Leo Marchutz was Person of Honor during this year’s European Heritage Days in the city of Saint Marc Jaumegarde, with three events attracting art-lovers from around the region:
– A concert, “A Musical Portrait of Leo Marchutz” with live narrative and projection of artwork;
– A conference by Antony Marchutz including a projection of a selection of works and photographs;
– An open house at the Saint Marc Jaumegarde Chapel with guided tours of the permanent exhibition of large-format paintings by Leo Marchutz. 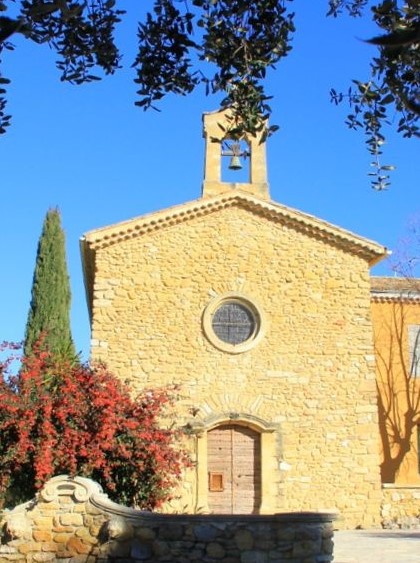 Two events were hosted within the framework of La Route Cézanne Piétonne:
– A conference by Antony Marchutz evoking the community of international artists that thrived at Chateaunoir in the 1930s.
–  An open house and exhibit at the Marchutz Studio.

AMERICAN COLLEGE OF THE MEDITERRANEAN

We were pleased to address the newly arrived Master’s students of The Leo Marchutz School of Fine Arts:
– The Life and Work of Leo Marchutz, by Antony Marschutz.
– It’s All About the Artwork, the Catalogue Raisonné Project by Denise Lemoine
– “The Lithography Stones and Presses of Leo Marchutz” by Sergio Ruffato.

Looking ahead to 2022, we are eager to embark on new projects, working together towards our common goal: to preserve the artistic legacy of Leo Marchutz and bring heightened awareness to his life and work.

Our plan for the coming year is to continue the research and documentation of the artwork. Our initial focus has been on work that is still housed in Aix, where there are Venice and St. Victoire lithographs to photograph, as well as the religious and figurative images. After these, we will turn our attention to the drawings.

As the project builds strength and momentum, we look forward to documenting the many works that have made their way into public and private collections around the world, starting with the identification of the 728 lithographs at the Bibliothèque Nationale de France in Paris.

As many of you know, the lithographs represent the core and largest part of Leo’s body of work. They also reflect his many innovations with regard to printmaking practice, which he lifted to a very high artistic level.

For these two reasons, we have begun the ground-work to produce a short documentary film on Leo’s lithographic work. The film will take advantage of the wide range of materials being turned up and include exclusive interviews with those who worked closely with him on his manual presses. Its aim is to increase public awareness of Leo Marchutz, his ground-breaking lithographic techniques, and vast artistic production. The length and format of the documentary will also make it an appropriate accompaniment to future museum exhibits.

Great news! A generous, anonymous donor has just pledged to cover half of the costs for the documentary film. That means we are already halfway there! Please consider donating to the Documentary Film Project (see below). 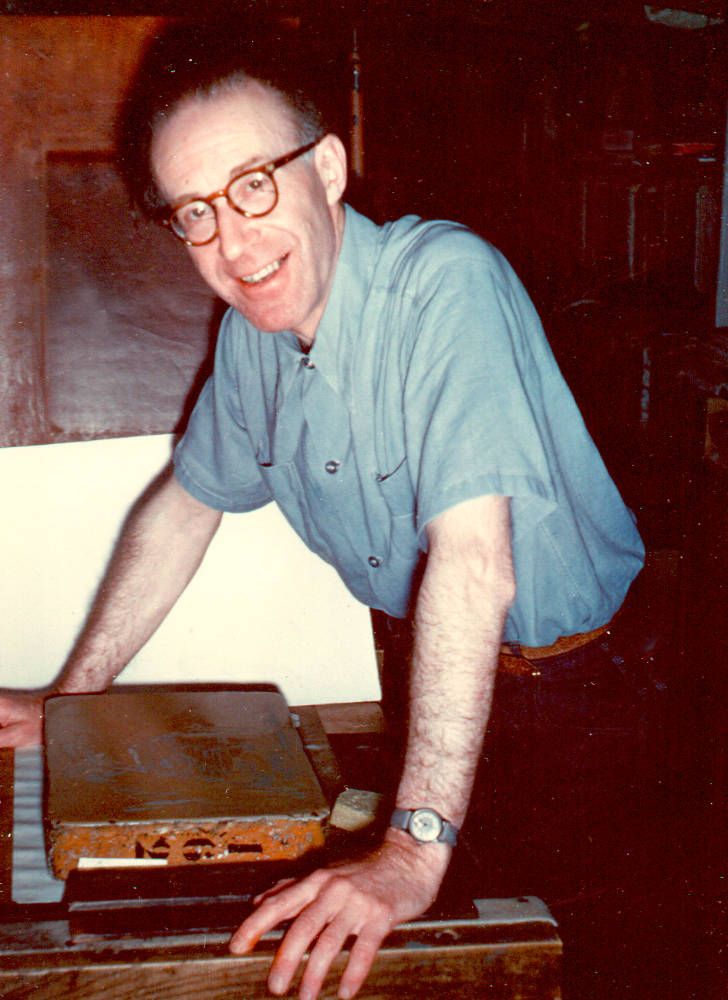 More than Ever, We Need your Support

The Leo Marchutz Catalogue Raisonné is a labor of love. It seeks to preserve Leo’s legacy for future generations, while raising public awareness of his artistic contribution. None of the work accomplished so far could have been achieved without your moral and financial support. We are forever grateful.

Please share our dream for next year and help us create the first documentary film on Leo Marchutz. Please consider giving, or renewing, your support in the form of a financial contribution for 2022. 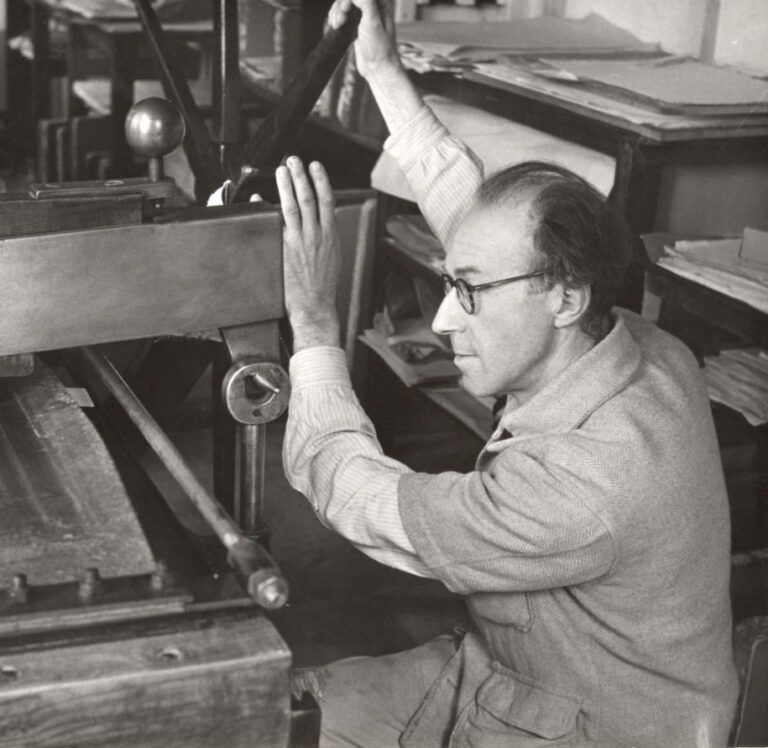 DONATE FOR THE DOCUMENTARY