What We Need is a School of Vision

Leo Marchutz’s and his students’ sense of urgency with respect to a degradation, or “breakdown,” in Form can be felt throughout their conversation.  They seem to sense a lowering ceiling in the capabilities of artists and craftsmen in recent centuries.  In this context, their educational mission can be seen not only as a developmental activity for their individual students but as a necessary antidote for a formal decline in all human activity.

Leo Marchutz: The question you have been asking, I think there is only one answer possible… Why an art school today, where so much more important things have to be done in this world? It is a question many people today ask themselves and ask others.  And I believe a person who asks that isn’t touched by any work of art, otherwise he couldn’t’ ask that.

Besides this is not a new thing, this is a very old thing. When I was a young man, there was a kind of philosopher brought out a work, which was read all over the world, “The Decline of the Western World” and this man pretended that art is dead, and it would be good if any young man understood that in time, and would not go into art, but in technology, etc., etc. This book made an enormous furor, it was printed in all languages and it became the belief of most people. Alors, the question is not new, it is a very old one.

Alan Roberts: What do you think the main reasons are for the breakdown today in form?

LM: Art schools. You must see a little bit what is taught in art schools. People go in schools to learn. In past times I guess they learned a certain métier for a painter and they created… Today they are taught really abstract things. They are taught how to work with oils, how to work with tempera, etc. But there is no purpose behind it, what for?

And then there is another element which has to be regarded, what it is possible to do at such and such a time. What is in our power to do, what we have the means to do, and this is a very important question. That is the question. Anyhow I realized very early… that the only point of departure for us is not the painting of our century, the painting existent today which has very little to do with painting, and that we have to base our doings on the painting of last century the beginning of the century. I do not think that in this century we have any artist who has the greatness of the artists of end of the 19th century. This is my conviction. It is everybody’s conviction who looks at paintings. And what can be overlooked is just today’s paintings. It is of no help, it hasn’t been of any help to any young artist. And so we have to study thoroughly the world of the painters, well, the so-called impressionists and what they called post- impressionists, having no better name for it, and therein lies the only way to go. That’s my conviction.

You must realize there are very few people who really see with their eyes, or who open their eyes, or who live by their eyes… The vision of people is even entirely determined by painting, by what they see. And actually they see such bad things that their vision is bad. It’s true!

In founding The Marchutz School, Leo Marchutz and his students were taking what they saw as necessary steps toward rectifying a general decline in the formal value of human-made objects, particularly in the domain of Art. Marchutz believed that part of the particular nature of each moment in human history was an upper-most ability of which those artists who lived at that time were capable.  Masaccio, he believed, for example, while capable of beautiful things, was not able to achieve what Michelangelo was, in part because he was not of Michelangelo’s moment in history.  He and his students noticed with great alarm the rapid decline in the formal quality of human-made objects that continued through the 19th and 20th centuries, and set about designing a curriculum to expose students to the best of what human history has to offer and to give them the necessary tools to plug the collective leak, so to speak.

Today at The Marchutz School, we continue to vigorously pursue this mission.  We are a school of vision, whose mission is to teach students to see.  Marchutz’s belief was that our students’ vision, their ability to see, is informed in large part by the painting they have seen, and the extent to which they have seen it.  The careful looking and collaborative analysis that is exemplified by these transcripts still underlies the pedagogy of Leo Marchutz’s namesake school. 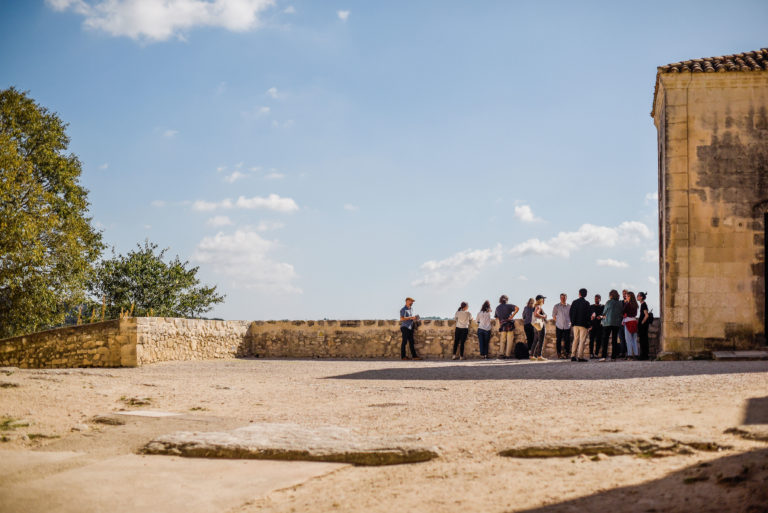 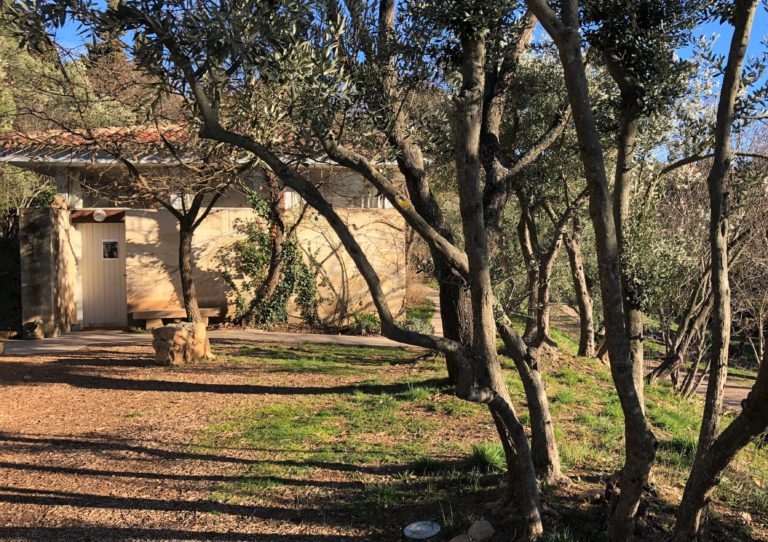 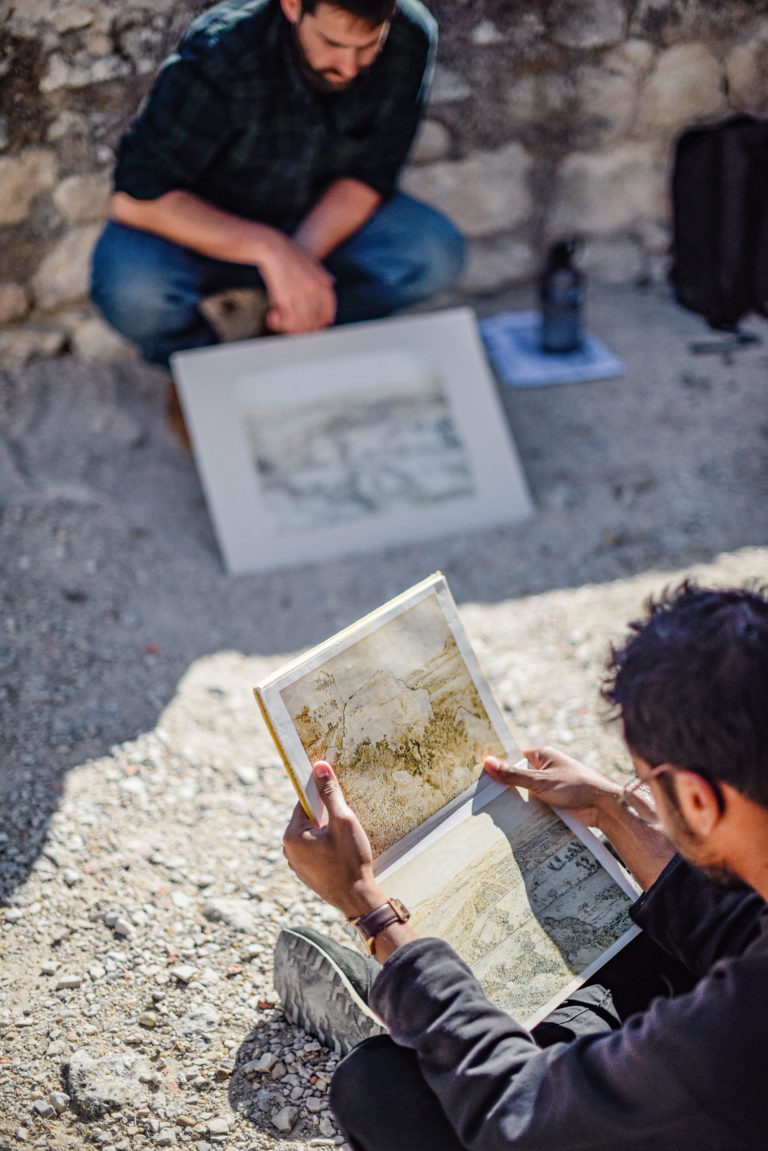 An MFA student studies a Van Gogh drawing on the motif 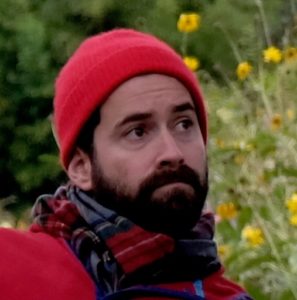 Excerpt chosen by
O’Neill Cushman
Former student at The Leo Marchutz School of Drawing and Painting, and currently a member of the full-time faculty, teaching Art History, Drawing, Painting, and the Seminar on Art Criticism.